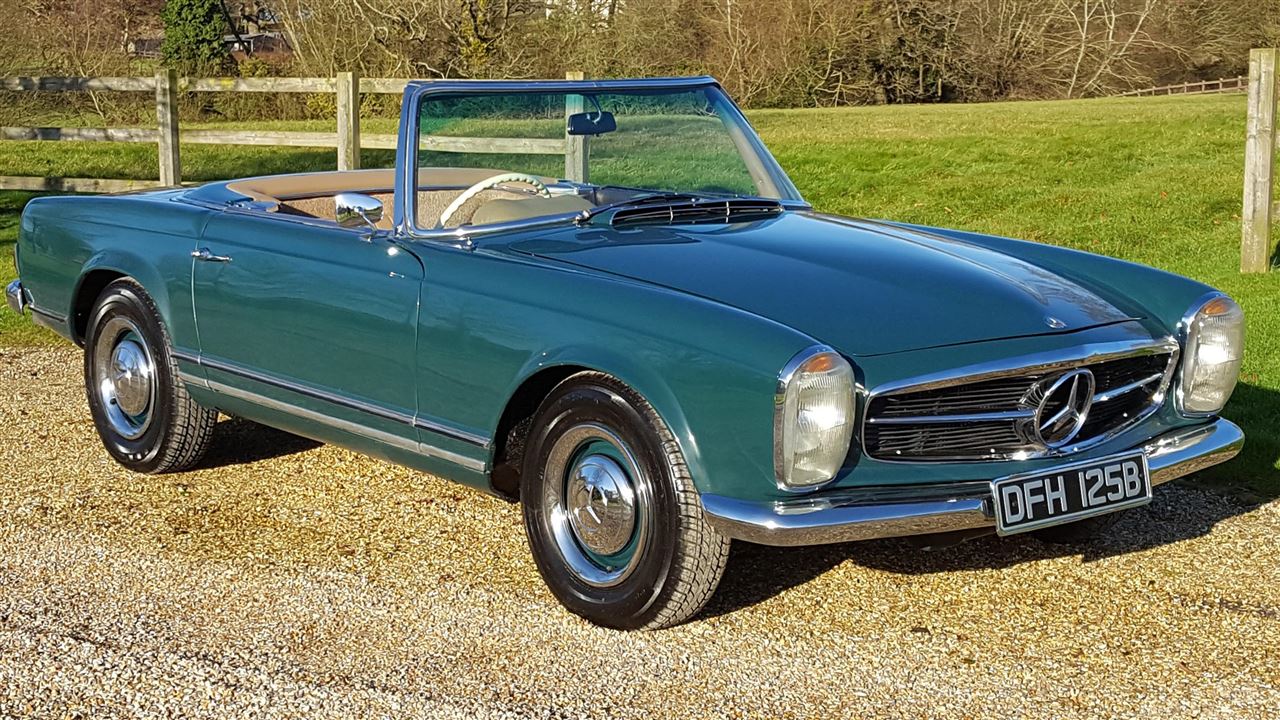 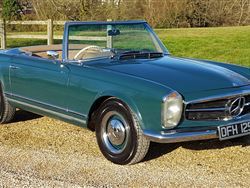 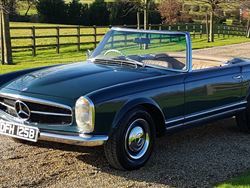 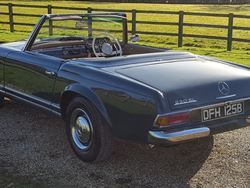 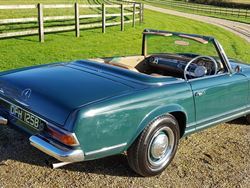 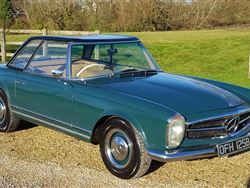 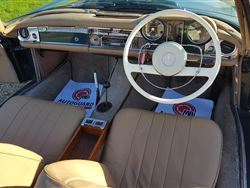 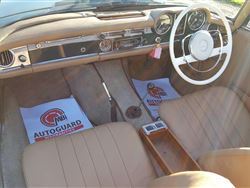 Production of the 230 SL commenced in June 1963 and ended in January 1967 with 19,831 produced. Its chassis was based on the W111 saloon platform, with a reduced wheelbase of 11.8 in. The dual-circuit brake system had front disc brakes and power-assisted rear drum brakes. The 230 SL was offered with a 4-speed manual transmission, or an optional, very responsive fluid coupled (no torque converter) 4-speed automatic transmission. From May 1966, the ZF S5-20 5-speed manual transmission was available as an additional option. The 2,308 cc M127.II inline-six engine with 150 bhp and 145 lb/ft torque was based on Mercedes-Benz' M180 inline-six with mechanical Bosch multi-port fuel injection.

The vendor purchased the vehicle as a minor restoration back in 2015. The previous owner had died, so it was entered into a sale by the estate, and it formed one of a number of cars from that estate. The deceased owner purchased the vehicle in 1988, in the name of Mifflin Motors, from 1988 to 1992, then under his own name until 2015. The vendor has spoken to the previous owners daughter, who told him that it was her father's car which he cherished, and no expense was spared. Further investigations have shown that when Mifflin Motors purchased the car in 1988, the car was restored and the mileage was reset to zero as part of that restoration. On file are various MOTs going back to 1996 which show that the car has done about 3,000 miles in that time.

Approximately 8 years ago the car was taken off the road, and since 2015 a sympathetic partial restoration has taken place. The vendor took the whole vehicle apart and either renewed, where required, or cleaned and repaired all else. The engine was taken out, rebuilt and detailed, including a new clutch, the heads were all taken off and polished, and all brass work detailed. New bulkhead covers and engine underlay have been fitted, so the engine  bay  is  very  impressive indeed. The car was also given a full service. The steering wheel has been professionally restored, as has all the chrome. The hood is in beige and is in lovely condition, and the hardtop is in black, and again has been restored.

The interior has been retrimmed and restored, and the  bodywork has been taken back to a bare shell and been fully repainted in its original colours. Hundreds of hours have been invested to maske this a very good Pagoda. The car has had just 4 former keepers from new, the last owner being 2 of those keepers. A very well sorted example that drives beautifully.

The vendor has spent in excess of £35000 on the vehicle since purchase giving it a bare metal respray engine rebuild re chrome and detailing both with in house staff and external . New MOT with no advisories .