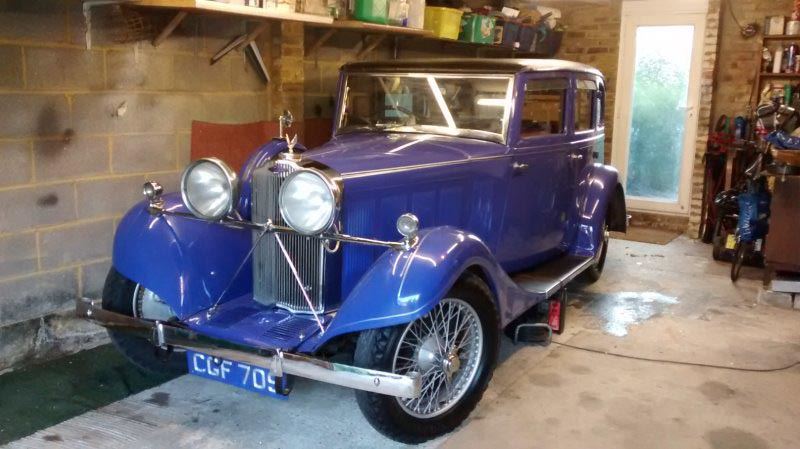 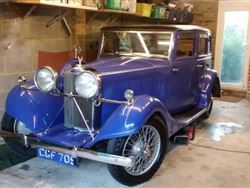 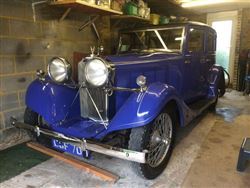 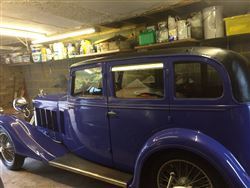 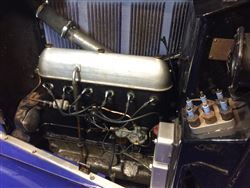 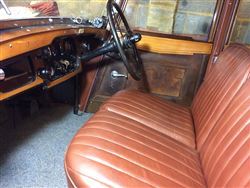 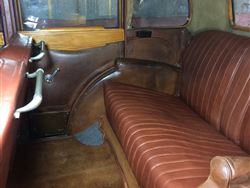 This late-1935 AX 65 saloon was almost the last in a long series of 14 h.p. Roesch Talbots that extended all the way back to the London Motor Show of late-1926. The 14 h.p. Talbot had been one of the two undisputed stars of that Show - the other being the Riley Nine - and it went on to sell 10,000 cars across 1/2 doz. different series: AD, AF, AG, AQ, AU & AX. The last-named of these was introduced at the 1932 London Show, and featured a dropped front axle & de-cambered rear springs - giving the cars a lower 'stance' - and, much more importantly, a Wilson pre-selector gearbox as standard in place of the two previous types of 'crash' 'box.

On the 1935-model 'Special' & 'De Luxe' cars, a centrifugal 'Traffic Clutch' was fitted - in conjunction with automatic pre-selection of the upward gear-changes from 1st to top: all one had to do now, was to keep hitting the 'clutch' pedal! [Although, whether this is both still fitted and operational would need to be checked with the car's owner].
The centrifugal clutch is of definite benefit, but the automatic pre-selection may not be to everybody's taste: it can very easily be disabled, however...

Back in the 1920s, the AD & AF 14/45s had sold at a rate of 2000+ cars per year, but by 1935 the annual sales of the AX 65 had dropped to less than one tenth of this figure. The Rootes Group - which bought Clement Talbot Ltd in early 1935 - therefore decided to withdraw the latter from production, and to replace it as the smallest car in the range with the Hillman Aero-Minx based 4-cylinder Talbot '10'.

This Talbot AX 65 Six Light Saloon was purchased at the end of May 2017, but due to bereavement is now for sale (registered 5 owners but 5th owner only due to it now being registered to the vendor who has inherited the car). All the paperwork for the car showing full works carried out during Sept 2017 by I S Polson, a Talbot Specialist. The car was road tested by them after the work was completed and they informed the vendor that the car drives well on the road. On the Talbot owners web site there is a factory ledger the clearly shows this car with all numbers correct. This car is the 45th-but-last Talbot 14 h,p. 6-cylinder ever to have been built. Overall the car is described as in good condition.