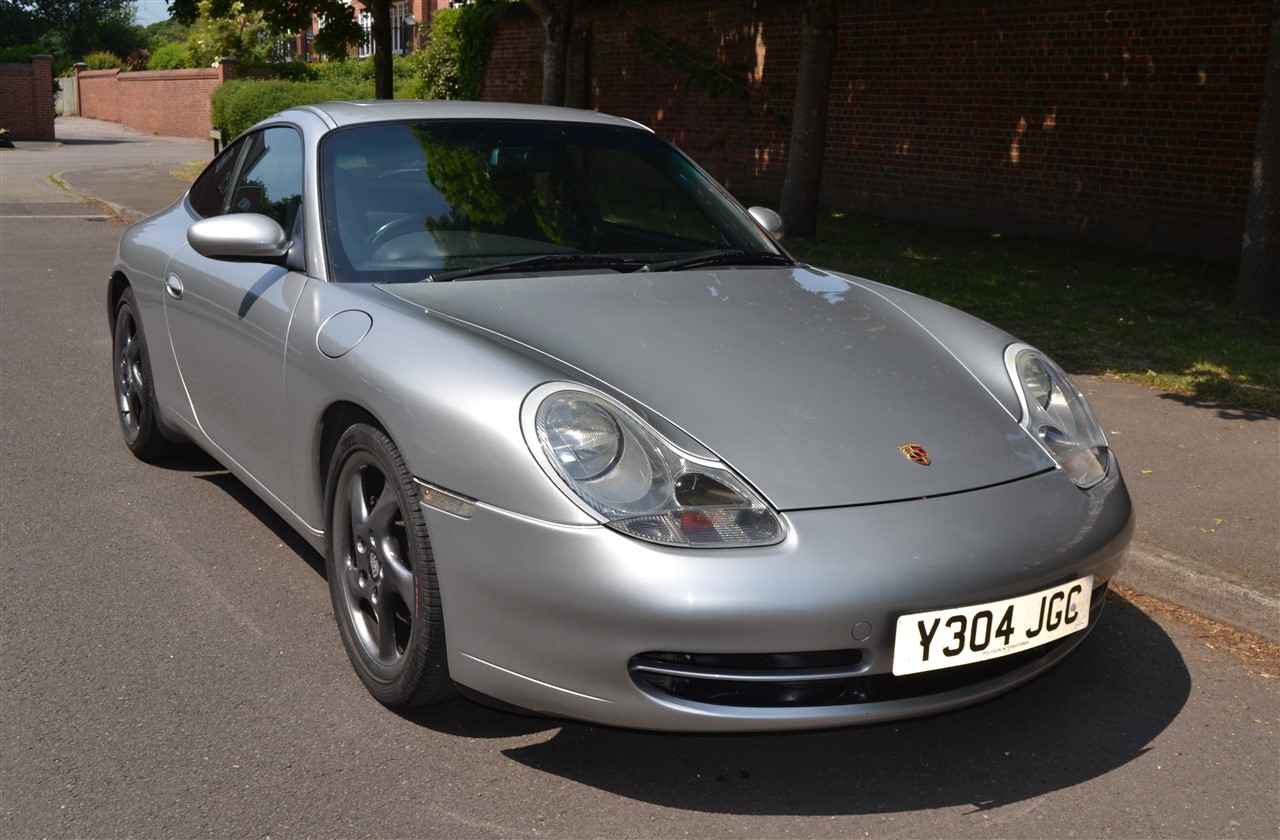 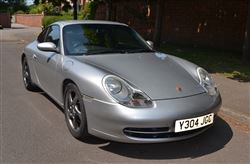 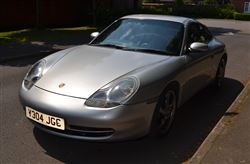 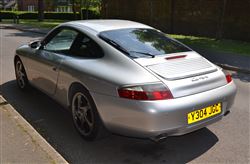 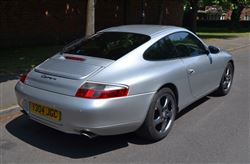 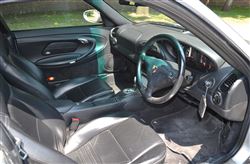 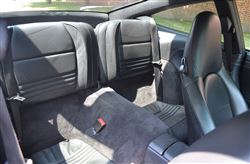 The water-cooled Type 996 replaced the air-cooled engine used for 34 years. This was also the first major re-design to the body shell. The 996 styling shared its front end with Porsche's Boxster. The Type 996 spawned over a dozen variations, including all-wheel-drive Carrera 4 and Carrera 4S (which had a 'Turbo look') models, the club racing-oriented GT3, and the forced-induction 996 Turbo and GT2. The Carrera and Carrera 4 underwent revisions for model year 2002, receiving clear lens front and rear indicator lights which were first seen on the Turbo version two years earlier. A mildly revised front fascia was also introduced, though the basic layout remained.

Engine displacement was 3.4 L and power 300 PS featuring dry sump technology and variable valve timing, increased in 2002 to 3.6 L and 320 PS. The roof system on the convertible transformed the car from a Coupé to a Roadster in 19 seconds. The car is equipped with a rear spoiler that raises at speeds over 75 mph. Starting from the models with water-cooled engines, 911 Carreras do not come with rear limited-slip differential, except the 40th Anniversary 911, GT2, GT3 and Turbo.

Supplied new by AFN of Park Lane in March 2001, this car had 3 owners in the London area before it was exported to Ireland in 2008, where it has had a further 2 owners. The Service Book contains 6 stamps from Porsche London, then a further 6 stamps from specialists. At 30,000 miles in 2010, the car underwent an engine rebuild, when the IMS bearing was also replaced. It also comes with the Book Pack, containing the Service Book and old MOT tests. There is an invoice from July 2017 for just under £700, showing work done on the car including new rear brake discs and pads.