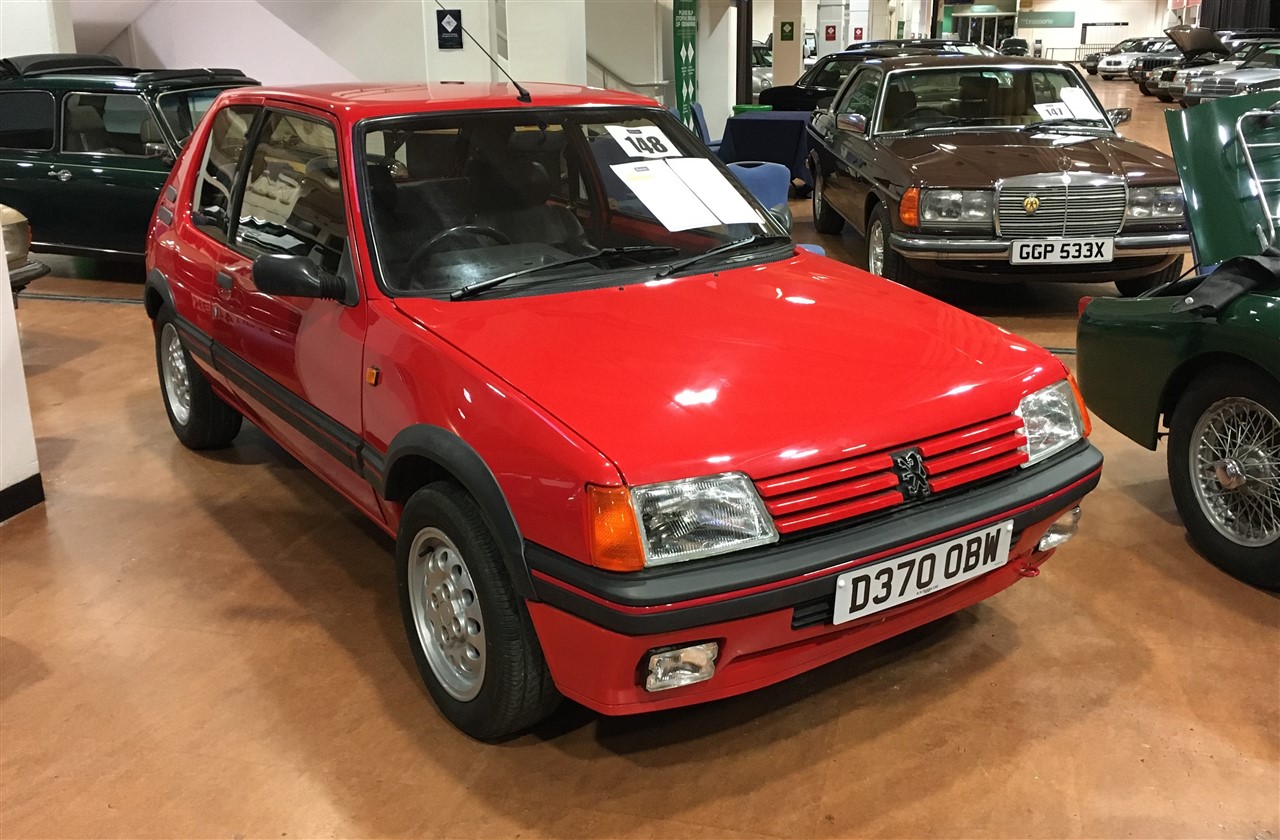 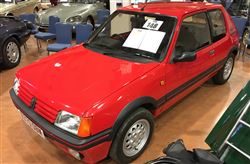 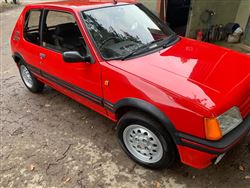 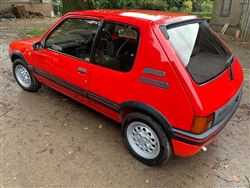 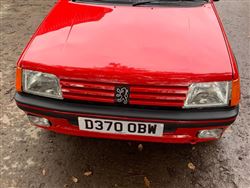 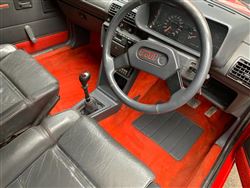 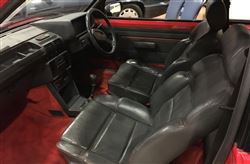 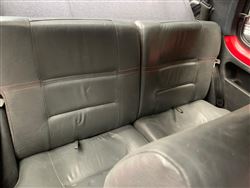 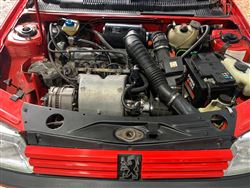 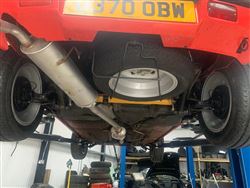 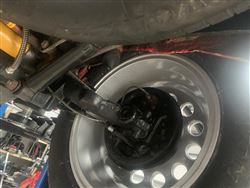 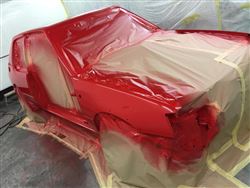 The 205 was undoubtedly one of the most popular and recognisable models ever produced by Peugeot and was produced between 1983 and 1998. It was crowned 'Car of the Decade' by CAR Magazine in 1990 and also won the 'What Car? Car of the Year' award in 1984.

The iconic 205 GTi version was a firm favourite, and to this day is still considered by car enthusiasts to be one of the best GTi models ever produced. The 205 was first available as a GTI in 1984  was initially powered by a fuel injected 1.6 petrol engine, and  the 1.9 GTI was launched in 1986. The 205 GTI was discontinued in 1994.

This example has been the subject of much restoration work over the last 12 months, which includes a complete professional respray in the original cherry red. All 5 alloys have been professionally refurbished, and new tyres fitted all round, including the spare.

The vendor states that the engine performs as it should, and has had the benefit of a full service, plus some additional work which included a cambelt and water pump change, an oil and filter change, a new air filter, new spark plugs, a new starter motor, new ignition leads, a new thermostat, and a replacement supplementary air device.

The wiring has also been checked and replaced where necessary and consequently all gauges, switches, lights, heater etc work. Invoices for all of the above work will be included in the sale. The original instrument cluster had the common problem of faulty gauges, so a fully functioning replacement was fitted. The original mileage was showing at 165,000 which is correct, the replacement cluster shows a mileage of only 27,000.

The vehicle has a current MOT which expires in July 2021, and has covered less than 50 miles since all of the above work was carried out. Before the vendor purchased the vehicle it had seven previous owners and had been off the road in dry storage since 2007. The only history with the vehicle is that accumulated by the vendor.

The interior is in very good condition, although there are obviously some signs of everyday use here and there. The vendor says that the only thing that needs attention is a three inch split in the middle of the driver's seat base, which actually is not visible unless you are sitting on the seat. The stereo is the original unit, as are the speakers (both are working) so there are no holes in the parcel shelf or door cards where aftermarket speakers have been fitted in the past.