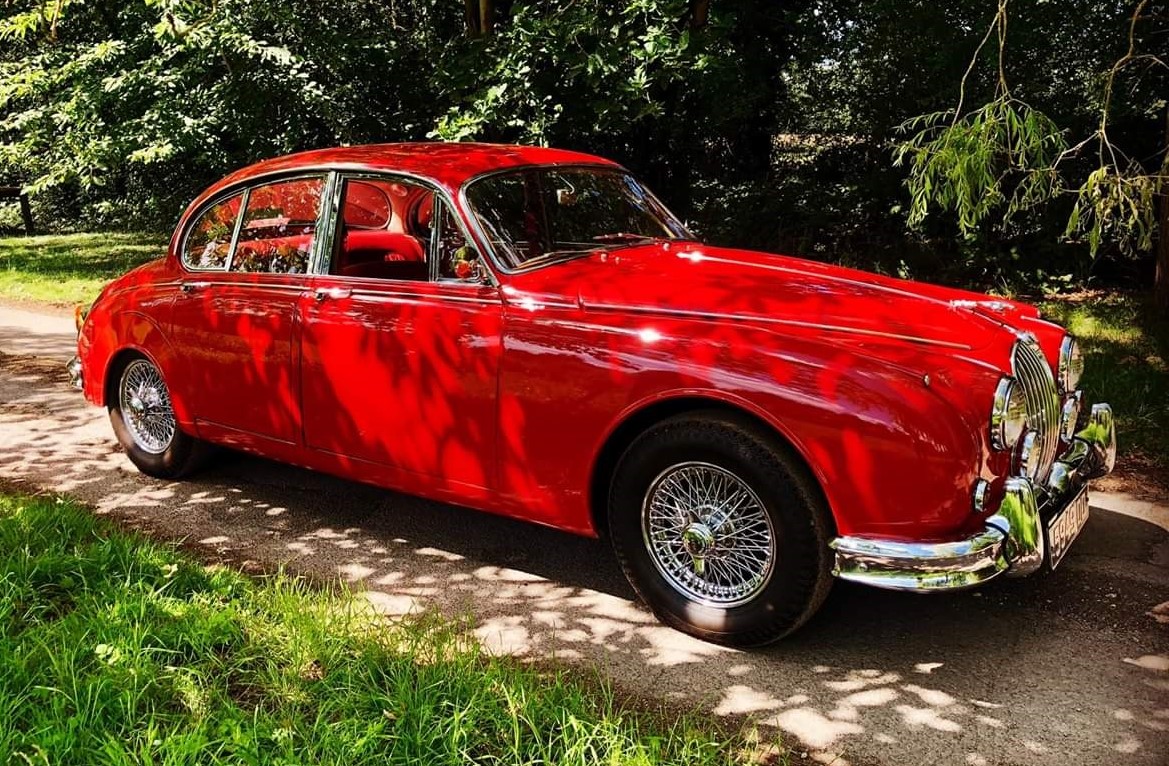 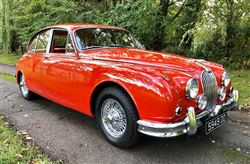 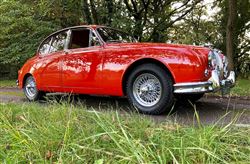 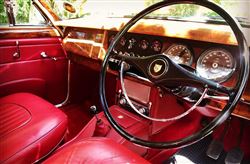 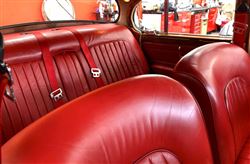 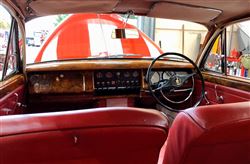 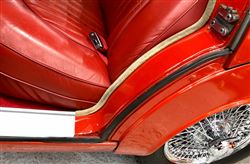 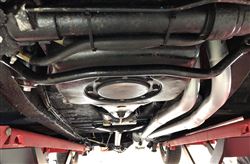 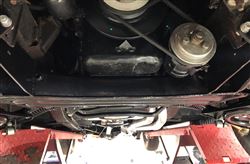 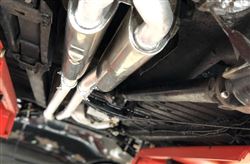 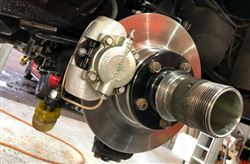 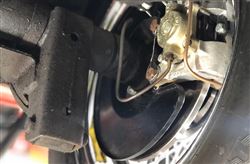 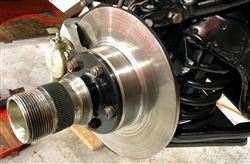 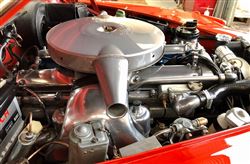 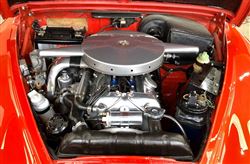 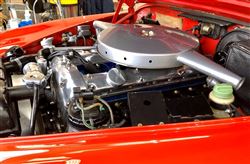 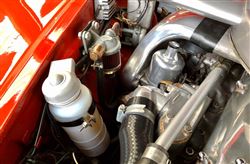 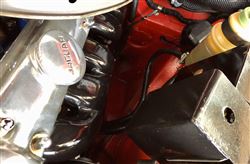 This Jaguar MK II has been the subject of a complete mechanical restoration. The Jag Shop commenced the mechanical restoration of the car in April 2017, and it was done by a dedicated mechanic who was to carry out all the restoration work. They provided a photographic record on completion of the works, and the vendor was also invited to attend the workshop at any time. During the build the vendor was advised that the vehicle was in superb condition, with no sign of rust on the underneath of the car to be seen, and it was completely solid. The re-build took 11 weeks in the end and it was collected from London in June 2017. For photos of the restoration, please see the link below:

The vendor states that the car now runs like a dream and handles like a modern car, with its extremely powerful 3.8 litre straight six with a re-found 220 BHP and acceleration of 0 to 60 in 8.5 seconds. This combined with new discs, suspension, a re-furbished sub-frame and new authentic tyres (Dunlop 185/15 SP Sports) all round makes this a very safe car and a pleasure to drive for years to come.

The car has been featured in 6 Magazines as follows (with new copies of the magazines are included in the history files of the car):

The car was first featured in the Classic and Sports Car magazine in June 1997, taking a journey back to its roots in Newcastle-Upon-Tyne, and again in July 1997 when it was advertised for sale in the same magazine and purchased by the vendor.

The car is an original 3.8 Manual Overdrive as indicated by the number 205475 DN. The Heritage Trust Certificate states that it was manufactured on 19/06/1961 and left the factory on 3/07/1961 to go to Henley’s in London, and had one owner until 1984. In 1972 frost cracked the engine block and this was subsequently replaced. The car was sold in 1984 and the owner began restoration by stripping the car completely to carry out a bare metal re-spray. In addition, some metal replacement took place, all done to a very high standard. The car was then sold to a new owner in Newcastle-upon-Tyne, where it remained in dry storage until 1994. During this period, the owner transferred ownership to himself, although he never used the car. The car was sold again in 1994 and the new owner confirmed that the body shell was in superb condition, with the exception of the rear doors and boot lid which were replaced. The body and initial engine restoration of the car were completed in July 1995, and this owner sold it on in July 1997.

Works were carried out on the car by Jaguar in 1998. These included the conversion of the car to unleaded petrol, the replacement of the original Moss gearbox with a late 1960’s synchromesh MK2 Jaguar gearbox, Jaguar power steering was fitted, and an electric fan was also fitted. The vehicle was then wax injected and under sealed.

The car’s bodywork has also been kept in good condition since 1997, with all necessary works being carried out on an as required basis to the highest standard. The car has always been kept in a heated garage, which included a ceiling with proper insulation, and sat on a rubber floor, with the garage being kept at a constant temperature of 20C, under a special Jaguar ‘breathing cover’ which has also protected the paintwork. In the 22 years under current ownership the car has never been out in the rain. Every time you get into the car you get that wonderful smell of leather and wood and when you start it up you always get that distinct ‘burble’ sound from the exhaust that only MK II 3.8’s make.

The car has just been extensively detailed by a professional company, as can be seen on this short video: https://youtu.be/TvtiyMtZPzU